When my wife and I moved to Droitwich in 2018 one of the things we were looking forward to was the brine baths. Sadly, it turned out that we were ten years too late. The last brine baths in Droitwich closed in 2008.

Thankfully Save Our Brine Baths (SOBBS) is attempting to have a new brine bath built in Droitwich. As part of their campaign they have started a project called "Brine Memories". Through this they are collecting written and spoken memories of people who either worked at or used one of the many brine baths that used to exist in Droitwich. 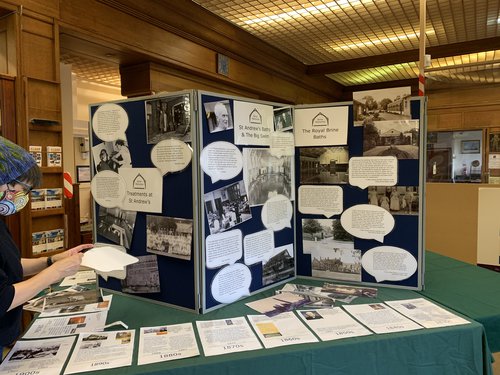 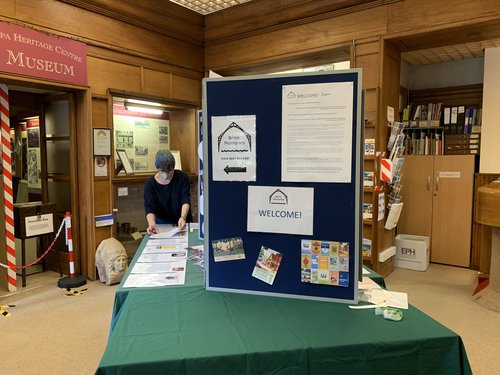 Currently there is a temporary exhibition at the Heritage Centre based on those reminiscences. Alongside them is a timeline detailing the history of Droitwich's rise and decline as a spa town. The exhibition is available until 16th July.

The words bring to life what it would have been like to use the brine baths. There are the anecdotes of the benefits of floating in brine, and there are the humorous stories of when someone got salty water where they shouldn't have. There is a clear affection for those days and a desire to bring them back. Hopefully SOBBS will be successful in that pursuit.

I look forward to when my voice is added to the record. Hopefully when we're celebrating the new bath's tenth anniversary.